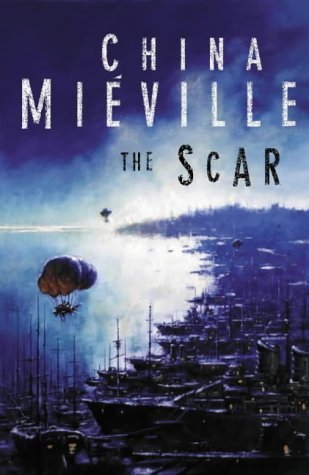 I used to be, back when it was called science fiction, before the genre was rebranded speculative fiction.

Every now and then I like to pick up a novel and re-ignite those boyhood neural circuits that were first set on fire by Tolkien, Eddings, Feist, Brooks, then Asimov, Clarke, Gibson, Le Guin, and Dick.  The glory days pretty much ended with PKD (Phillip K Dick) because that’s when I got a bit older and turned my attentions elsewhere.

The last thing I read in SF that opened my eyes was Iain M. Banks and his sprawling space operas the best of which I thought was The Algebraist.

But there’s an even better writer I’ve recently discovered (I know, I know, I’m awfuly behind) and he happens to be making an appearance in Melbourne in the near future.

He is, of course, China Mieville, and he’s appearing at the Melbourne Writers’ Festival to talk about his awesome, alternate realities as portrayed in The Scar and Perdido Street Station and most recently The City & the City.

Appart from being a SF novelist, China is also an out and out Marxist, having written Between Equal Rights: A Marxist Theory of International Law. He also teaches at the London School of Economics (where he completed his Ph D) in international relations and Marxism.

If this combination of elements causes you extreme excitement (as it does for me) then check out his upcoming lecture:

Maybe when I get some time I’ll revisit my early SF writing too.

I once wrote a cyberpunk story about a gladiator owned by the Neo-Tokyo yakuza.  My crazy brain decided that the best twist would be if he had a bomb inside him (not one he knew about) so that the yakuza could use him as a betting pawn.

They blew him up in the middle of the biggest bout in history and made, quite literally, a killing.